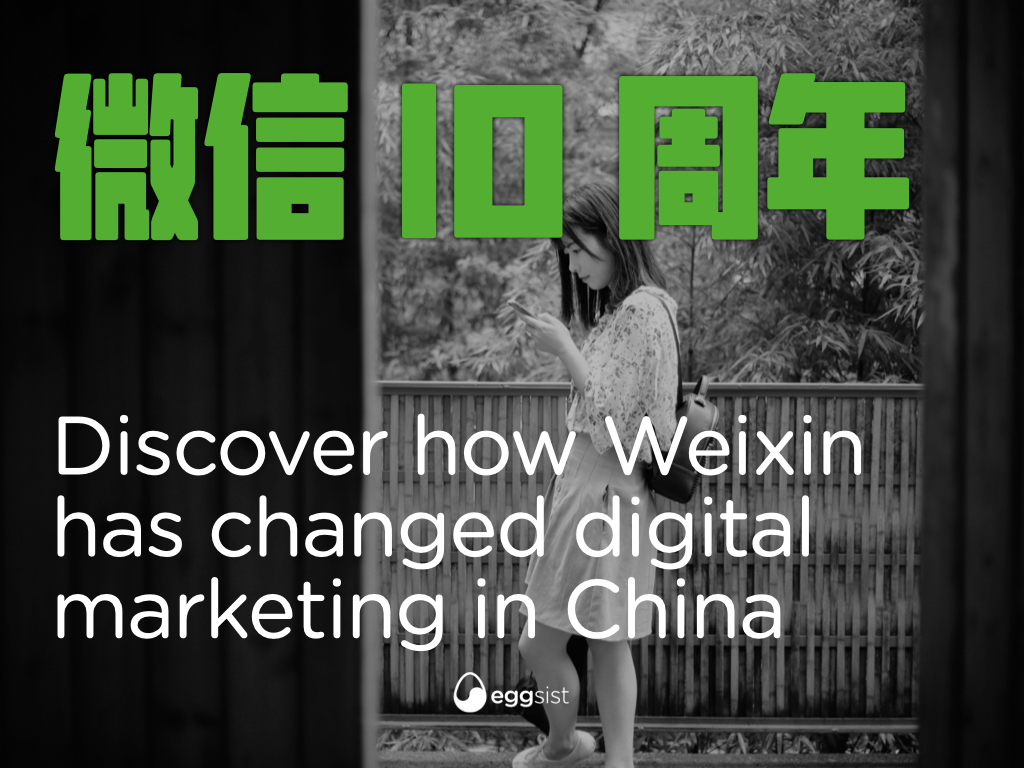 Contact us to learn more!
END_OF_DOCUMENT_TOKEN_TO_BE_REPLACED
10 years of WeChat history 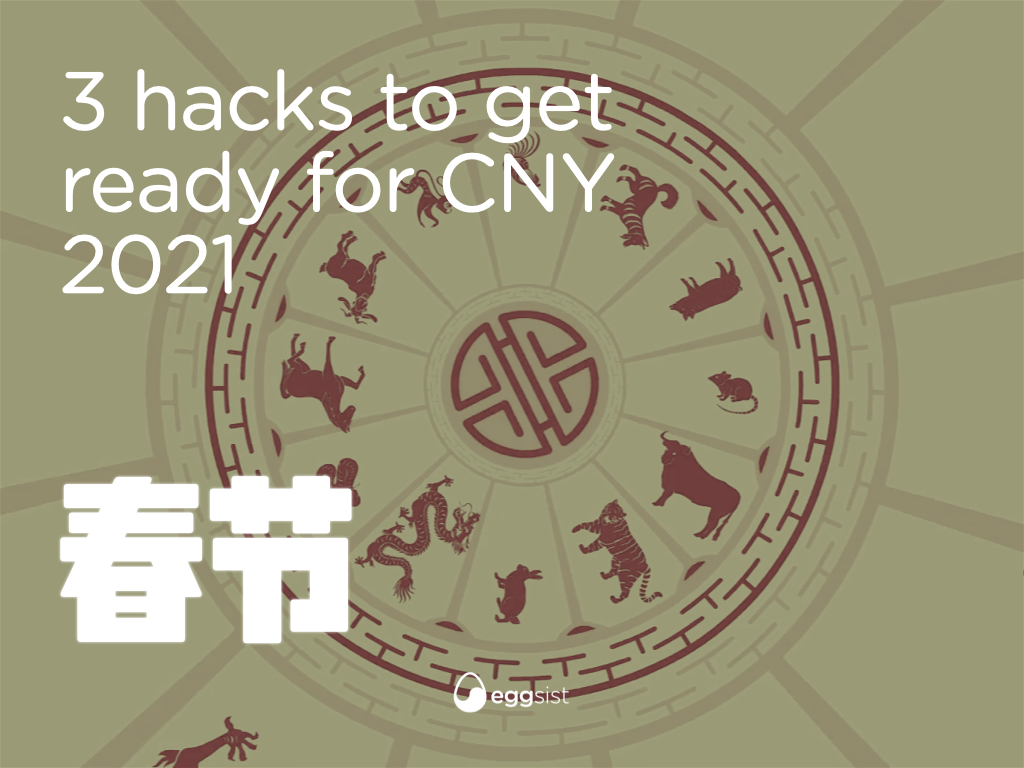 3 secret to getting prepared for the year of the ox

Chinese New Year is fast approaching. In less than one month will start the Ox year (牛年) and we’ll say goodbye to the little mouse (鼠鼠). Here are three key things to watch to getting prepared for this CNY 2020.

Being a small brand could be an initial obstacle, but recent research has shown that this could be a strength when considering to approach a new market.

The word #小众  (Xiǎo zhòng, niche) have been searched over one million times on RED Chinese equivalent of Instagram and now Chinese users are eager to discover new brands and unique yet more distinguishable products.

It’s not a secret that social media are great to promote products or brands, and eCommerce is great when it comes to selling. What about if we combine them both?

iiMedia Research have predicted that in 2022 social commerce will impact for over 300 bn US$ (273 GBP), and more recommendations will come through interactive media. That’s why in order  to succeed, brands  presence in major Chinese Social network such as WeChat, RED or Douyin is simply quintessential!

One of the most well known social commerce platforms is Little Red Book, born as a platform where users shared reviews on all sorts of things ranging from clothes to food to tourism, it has since delved into the world of social commerce as users can find out about products and purchase them directly on the app.

Fintech is  growing with a predicted value of about 310 bn US$ (230 bn GBP), and a big innovation comes with Alipay superapp . From the fintech world the app has evolved as a digital lifestyle app and with new services such as Huabei, CBEC solutions and livestreaming has made it simple to pay instalment and attract many new customers using digital marketing tools.

This is just a little part of our report about new marketing strategies to enter chinese market, such as taking advantage of Chinese commercial and traditional festival sales momentums. 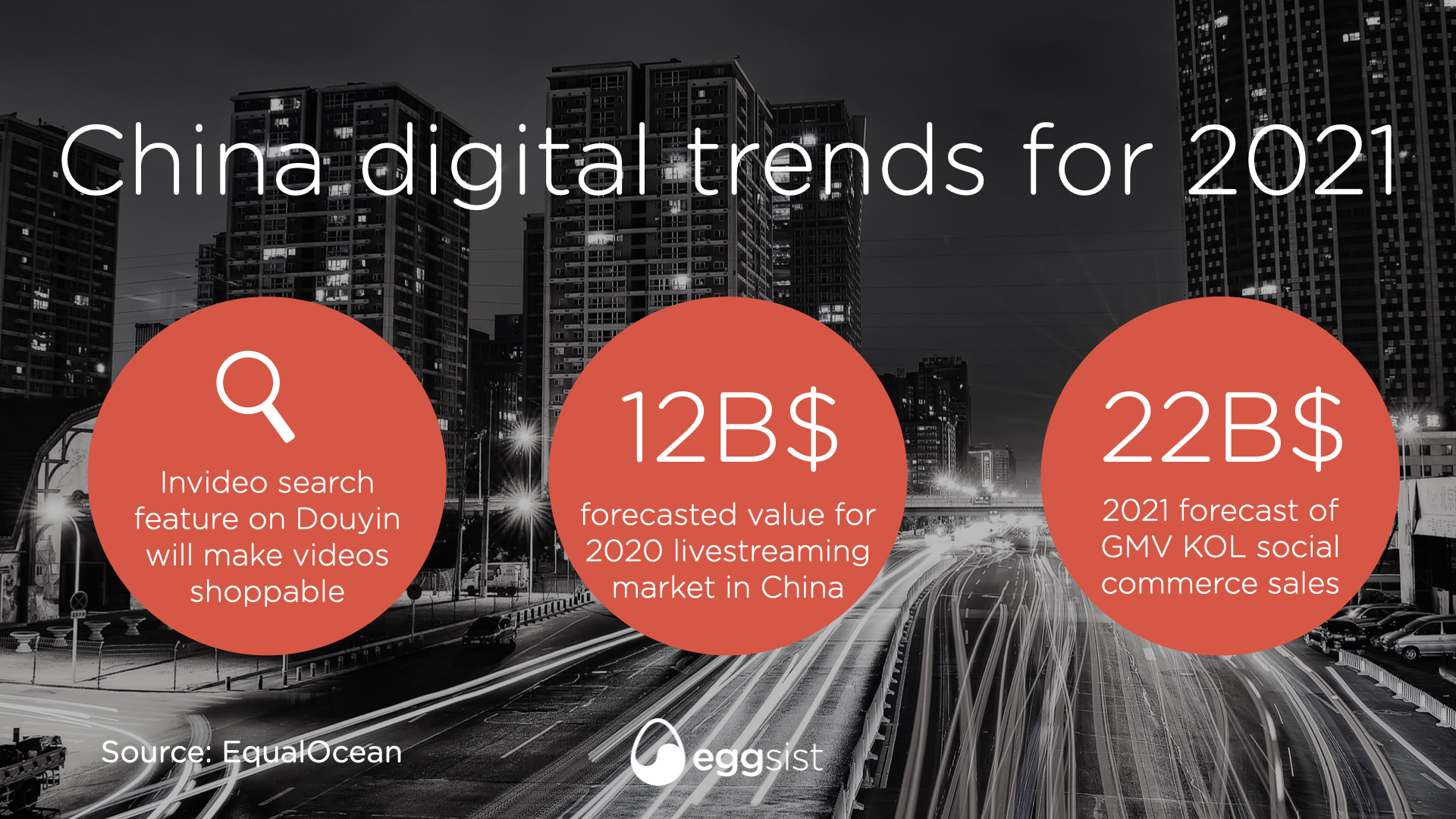 We love looking forward, and this is the right time to talk about a few new trends that will shape next year’s China Marketing!

2020 have reshaped the world and built some new habits, that will be the new normal starting with the vcommerce.

Plus a Douyin new feature called in-video search, will make contents searchable and shoppable, that’s going to be a great opportunity for KOL and #brands.

If live-streaming boomed this year, next year this would be the new normal.

This year 11.11 showed that this trend isn’t just fading away, but that is here to stay. New reports from EqualOcean stated that the live streaming market could grow up to 12 billion US$.

KOL and live streaming are going to be the most successful formula, KOL Social Commerce will rise up to 35% YoY and during 2021 forecasted GMV about 22 billion US$.

Do you want to take advantage of those opportunities? Just contact us and we can help you to find the best solutions for you.
Source: Parklu 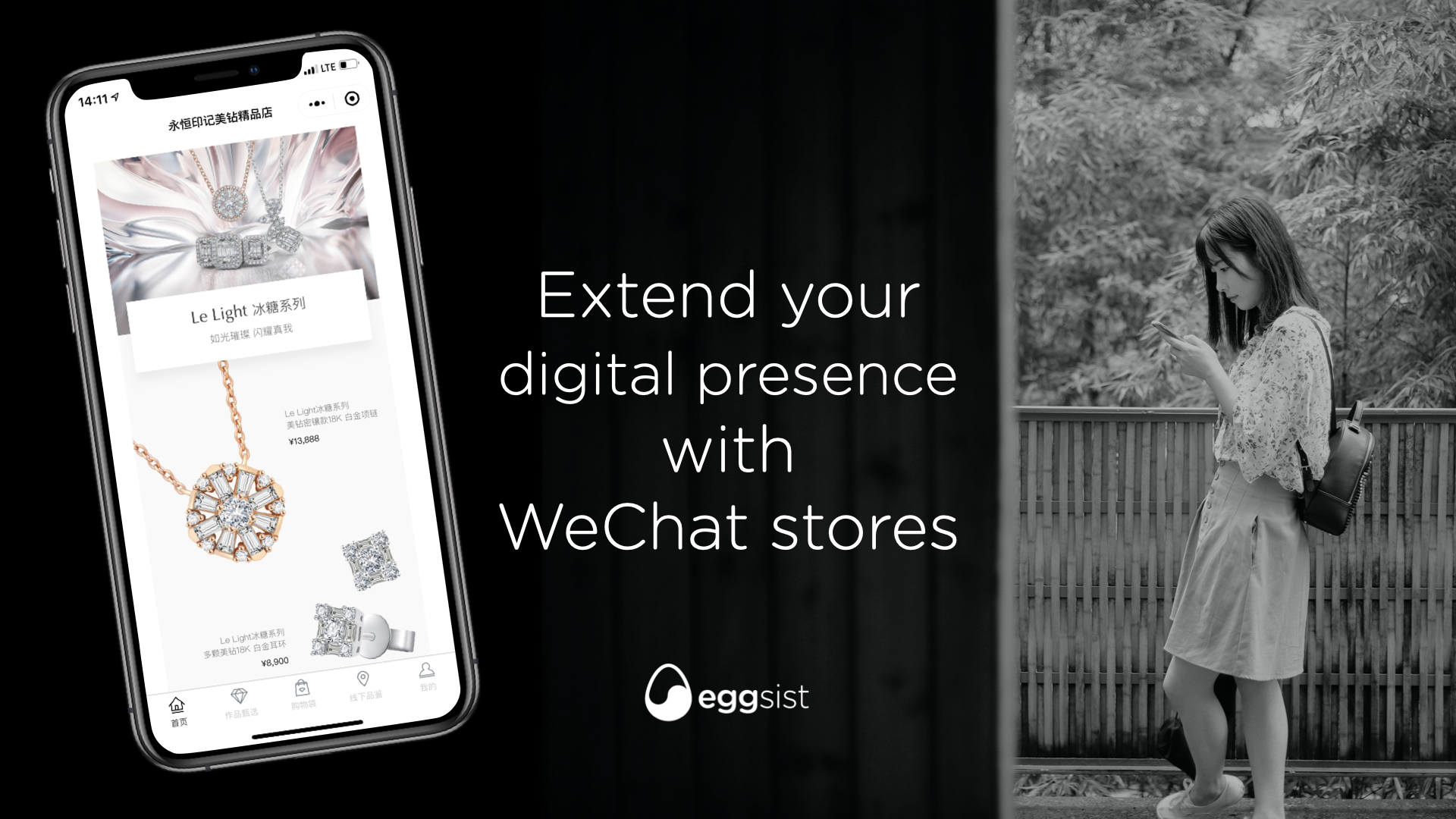 According to China Internet Watch, online retail sales in Q3 2020 exceeded 8 trillion yuan, a year over year growth of 9.7%.

But that’s not the end of good news: since January 2020, over 6 trillion yuan worth of goods were sold online, accounting for over 24% growth YoY. The rapid advancement of digital reality has ushered in a new age of social selling, strongly combined with creative ways of interactions: one example, the cross border eCommerce.

Today we’re talking about WeChat eCommerce, a successful strategy that leverages the latest technologies and allows brands to achieve three keys elements: conversion, engagement, and value. In fact, it is possible to create a unique shopping experience with a customer-focused approach, position your brand, and tell to Chinese consumers your own story. More interestingly, allowing them to discover your products and purchase them, has never been so easy!

And don’t forget our comprehensive guide #beyondCNY to all the most profitable marketing opportunities for your business. 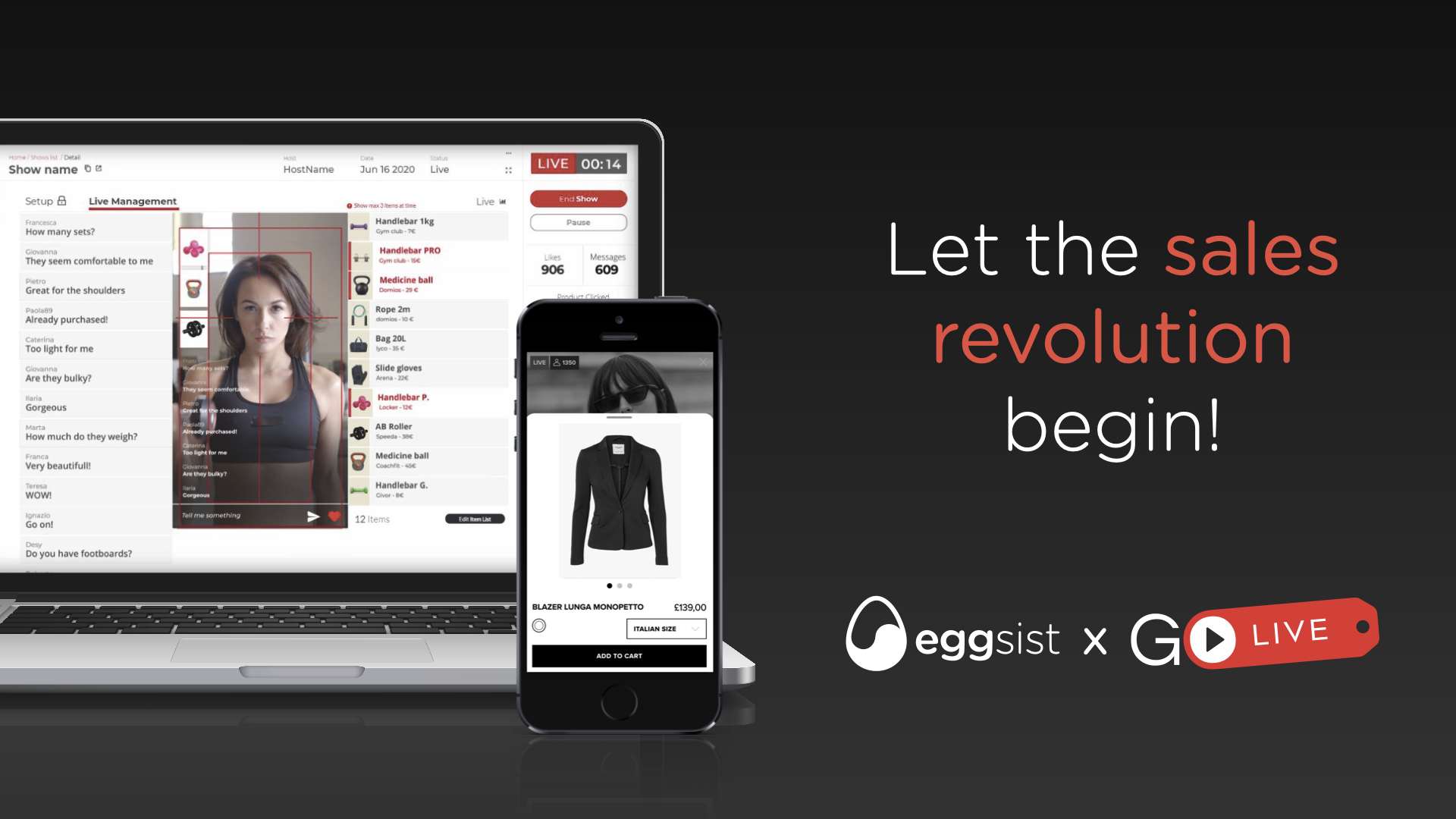 How to GOLIVE? The latest solution for live streaming shopping by EGGsist is here!

Nowadays retail and digital channels need to team up to reach the same goals!

EGGsist, can support you to make it happen directly from your points of sales or showrooms; thanks to our advanced technology you could reach a wider target audience and boost your O2O turnover!

Let’s discover it together…

Contact us to learn more!
END_OF_DOCUMENT_TOKEN_TO_BE_REPLACED
How to GOLIVE? The latest solution for live streaming shopping by EGGsist is here! 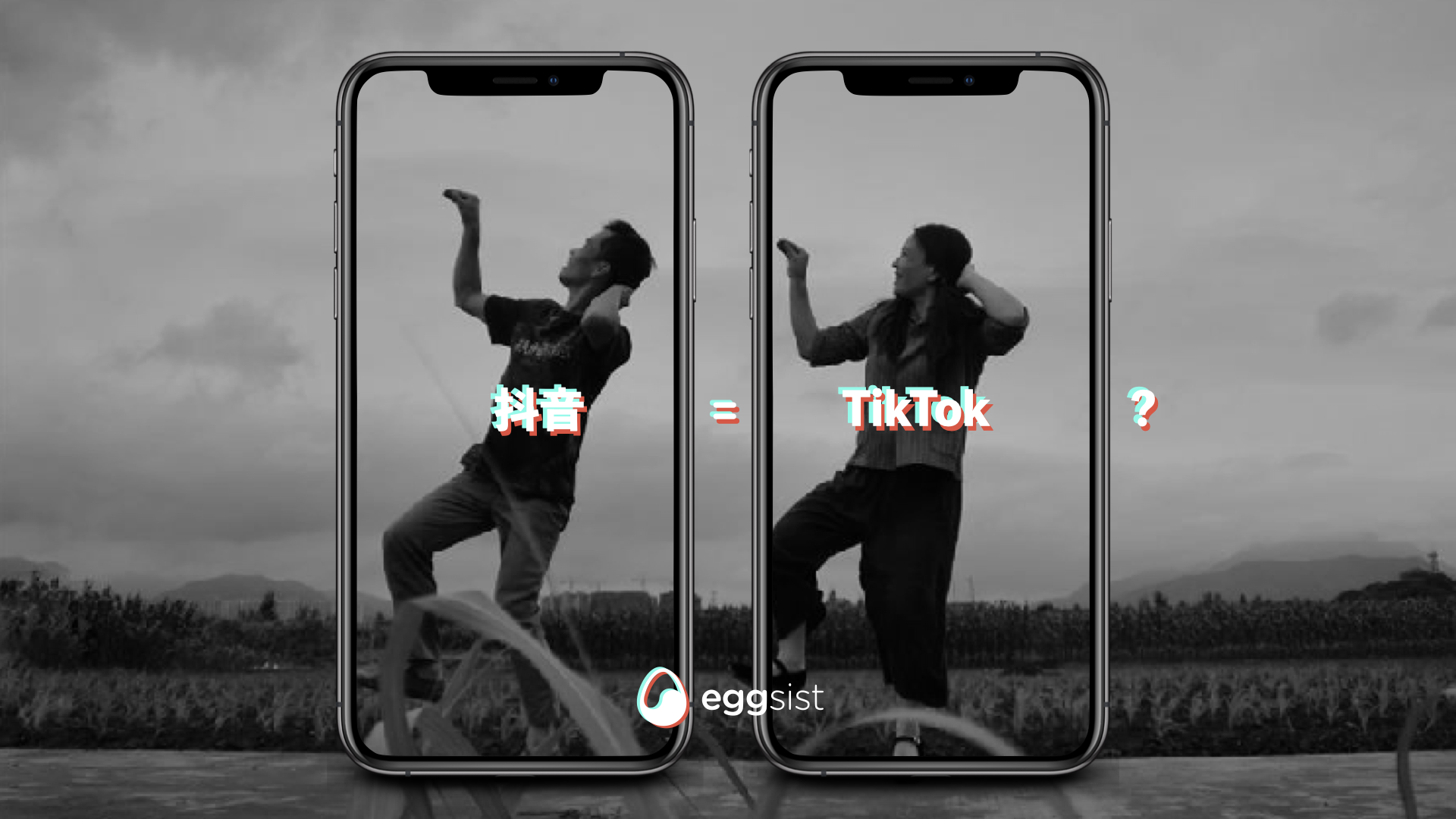 Tiktok vs. Douyin, which are the main differences?

Maybe you’ve heard that “Douyin is not Tiktok” even if they look almost the same. There’s a fundamental difference for Chinese users of 抖音 (Douyin) there’s plenty of incredible features and great opportunities for brands to shine in the Chinese market!

Douyin growth in China seems unstoppable. Still being the most downloaded app in China, has recently crossed the 828 million monthly active user milestone (eMarketer) and over 600 million daily active users. This is considered one of the most engaging platforms with millions of content uploaded by enthusiast users.

Bytedance’s TikTok is a great engagement tool, but on the other hand, Douyin is much more, for example, you can give rewards to the best creators, this is called “Mission for All”.

Douyin is becoming one of the biggest social commerce platform with tools for brands including not only advertising but also brand pages, eCommerce inside Douyin and so much more. Not to mention live streaming and sale streaming experiences built-in the platform.

So how can brands take advantage of this huge platform?

Today, we want also to give you some useful tips on Douyin and the right marketing strategies you need to adopt:

Create a lot of creative content: marketing on Douyin is an important step to take! High engaging campaigns can support you in reaching a wide and targeted audience thanks to open splash, brand takeover or top view ad. Those can grant a whopping increase in brand awareness and boost purchase intention.

Collaborate with KOL and medium sized influencers (KOC). This is quintessential in order to reach a wider audience. Some big names like Luo Yonghao garnered over 48 million views and his live streaming session generated over 16 million US$ in revenue. On the other hand, good KOC strategy can result in higher ROI.

Promote hashtag challenge: those can generate a ripple effect, and can make users generate UCG. For example Michel Kors contents view topped 5 million views and the challenge involved over 30k users, who created their own contents.
If you want to know more about Douyin and how it can help your business, don’t forget to check our report beyondCNY.

Download the FREE full report
END_OF_DOCUMENT_TOKEN_TO_BE_REPLACED
Tiktok vs. Douyin, which are the main differences?